‘A creative writing class can be anything.’ An Interview with Georgina Parfitt

Georgina Parfitt has recently joined the Unthank School team to teach An Introduction to Writing Fiction in Norwich. We sat down to find out all about Georgina and her writing and what you can expect from one of her classes.

Creative writing classes often start with everyone introducing themselves and their writing or plans to write. So, tell us about Georgina. 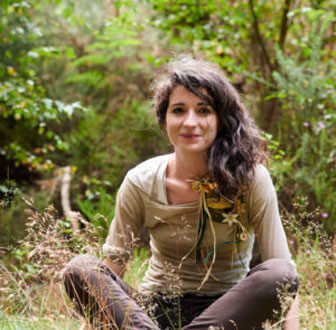 Okay. Hello! I would say. I’m Georgina. I was born just outside Norwich, raised there. As a shy kid in a quiet place, I took to books very gratefully. I started writing stories and, I think like a lot of writers, had that early thrill of imagining a whole world running parallel to my own, where I could go whenever I wanted.

I went to Harvard University for college, which gave me an incredible four years of an American liberal arts education, and allowed me to practice writing fiction, non-fiction, poetry, drama, and also painting and acting. That’s where I had my first workshop experiences.

For my senior year thesis, I wrote a novella, and came out of the four years there just aiming to write however I could. I really had no plan other than that. A few years later I took a year to attend Boston University’s MFA program, which was another skin-thickening training ground, and allowed me to test things out, ways of writing, and challenge myself.

While I write in a bunch of different ways, my work seems to be obsessed with a few things — nature, and humans’ communion with the natural world, women and their relationships with each other, strange feelings — by that I mean, the in-between, unromantic sensations of life that aren’t commonly the heroes of literature. For a while I was obsessed with that feeling you get after you spend a night with a new person or people (e.g. at a sleepover as a kid) — I thought it deserved to be looked at a little closer. That kind of tender/embarrassed feeling.

Anyway, I ramble, but that’s what I’ve been exploring.

You’ve previously taught creative writing in American universities. What do you think you learned from that experience? Did it broaden your idea of what a creative writing class can be? Is it different to what we do in England?

I actually don’t have much experience of writing classes in the UK. I got practically all of my writing education in the US and had my only teaching experiences there, too. So I have this American bias, and I wouldn’t try to compare and contrast. The great thing, I think, is a creative writing class can really be anything. You’re not bound to a set of rules or information or a method. You’re completely determined by who happens to be in the class, their personalities and inclinations and styles and backgrounds, so you’ll find something new each time.

The first few workshops I took, I was amazed at how exposed I felt afterwards, as if I’d attended a therapy session or something. It was quite addictive. I learned that through teaching undergraduates, too. The workshop was a place to hone our writing skill, but at the same time, it functioned as this other thing, a place to work out problems, personas, and to maybe scrub away the sheen we put on in other disciplines.

What does writing have to do with wellness?

Whenever I can’t sleep — whenever I’m thinking of tossing and turning, the words rounding my brain like pinballs, smashing themselves to nonsensical fragments — I open the draw of